Sarabande – Invented in Hell, an orchestral work part of the same suite as Nahash premiered at the Sheldonian Theatre on the 9th of March at 8:00pm with the Oxford University Philharmonia under Huw’s baton. Huw also conducted Copland’s Concerto for Clarinet and String Orchestra (Soloist: Daniel Mort). Other works in the concert under the baton of Jacob Swindells included Borodin Symphony No.2 and Strauss Serenade in E-flat Major, Op.7.

“Sarabande – Invented in Hell, is a tongue-in-cheek take on the form of its name. The title is taken from Don Quixote author Miguel de Cervantes’s alleged quip about the diabolical nature of the dance. In Sarabande dotted gestures (short-long short-long) form a seedling that is times rendered in miniature: a squeaky gate in the woodwinds; or as brutalist concrete in the lower brass and strings.

From this battle of characters emerges a ‘Sarabande’ melody designed to resemble (but not directly quote) the baroque. It quickly distends into an ungainly beast as thick polyphony overpowers the regal texture. We find ourselves unbalanced by a rollercoaster topography of dotted gestures overlapping at competing speeds, but we escape back into melody – now transformed with middle-eastern echoes and punctuated by woodwind filigree.

Rabelaisian ecstasy is short lived as the dance collapses under its own momentum. The wigged courtier, who found himself a whirling dervish, finally breaks a leg.” 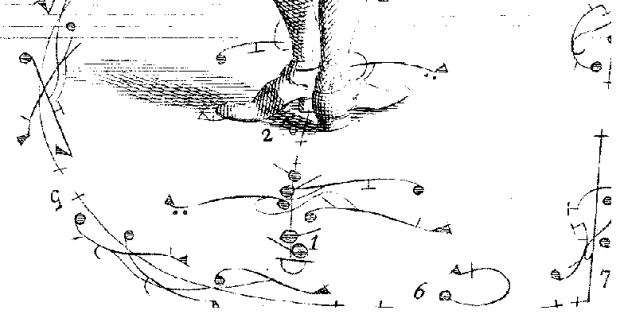 From: Uncategorized
← Nahash – Oxford Philomusica
The Breath Between us →
No comments yet